5 Ways to Improve Security in Nigeria 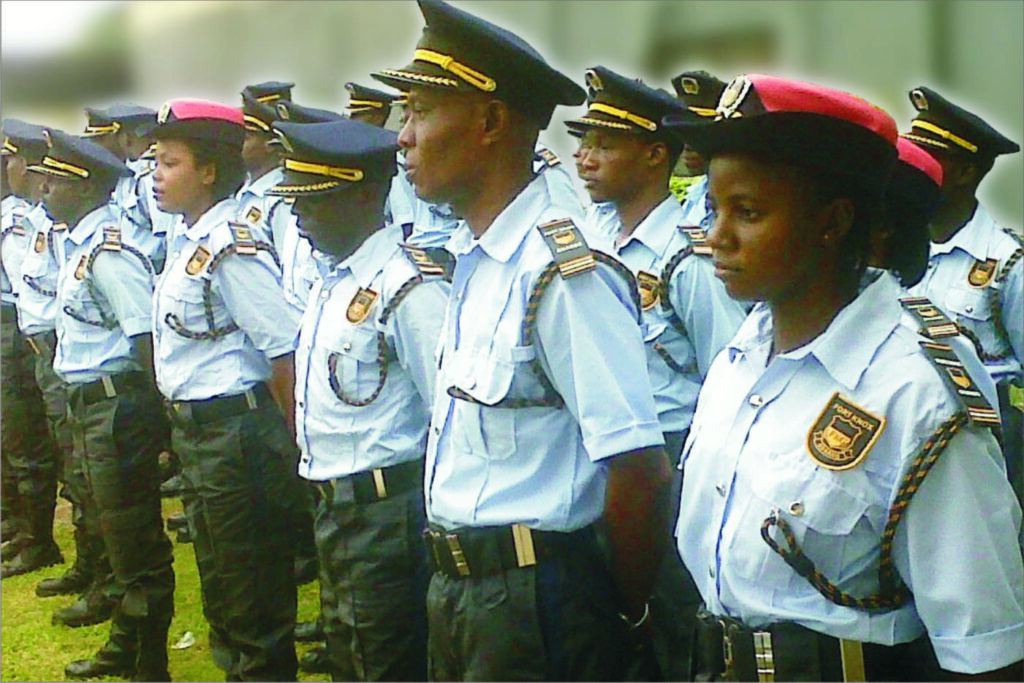 Insecurity is the condition of being threatened physically, psychologically, emotionally, or financially.  It can be said to be a sense of being scared of the unknown because of past events or experience that may have occurred in consequent times. Presently, Nigerian citizens anxiously await the day freedom from national insecurity would be at last, celebrated.

Insecurity has been a thorn in the flesh of Nigerian citizens. It has not ceased to spread like wild-fire in these recent decades. It has become a major issue in our society today; a very hard nut to crack. Ranging from the consequent kidnappings and ritual killings to the various activities of thugs, hoodlums, cultist and terrorists, we can say that insecurity has become a problem we may have to forever live with if proper actions are not taken quickly.

Despite the fact that insecurity in Nigeria does not seem to be lowering its ugly head, there are some majors that can actually be acted upon to at least cut off its spreading wings. The government and citizens as a whole must take up various responsibilities for the betterment of the nation. Thus, this article has wrapped up five suggested ways to improve security in Nigeria. I believe that if these few points are acted upon, security will no doubt take a major turn in Nigeria.

5 Ways to Improve Security in Nigeria

Of a truth, a nation without knowledge is like an abandoned child who eventually dies out of starvation. There’s no slow killer like ignorance or illiteracy. Therefore, education must be prioritized in this nation. Education is a one vital way of improving national security. It is a very important manual for grooming capable citizens who would bring the nation into lasting limelight. Hence, more emphasis should be laid by the government and parents/guardians on the importance of education to the society.

Education is designed basically to assist individuals to develop their skills and abilities so as to utilize their potential and lead productive satisfying lives. Proper education gives an individual a sense of responsibility and love for humanity thereby promoting peace and security in the society. Moreover, education when properly realized, can be a global asset in fighting insecurity.

Asides providing general education, security education should also be added to schools’ curriculum as a subject on its own. Security education is aimed at creating in learners the awareness of and appropriate behavior against threats to their personal and neighborhoods’ safety and well-being. Furthermore, schools especially those of high societal status, should make it a necessity to install security-check devices, such as CCTV camera and 3D scanners to trace foot prints, for proper security and crime detection.

Unemployment has birthed two major dimensions in the society today; the uneducated youths who are jobless and the educated youths who are also jobless. These two categories constitute a massive threat to national security. A well educated man, who has no definite means of earning a living, will end up in the same position as that of an illiterate. And of course, their only means of survival in such a jobless state would be through illegal means such as stealing, fraudulent acts, kidnappings for ransom, and so on. This is a major way insecurity has been granted permission into the society. When citizens no longer feel safe in their father’s land, insecurity has definitely taken a balanced position in the nation.

However, the issue of unemployment can be minimized by the creation of job opportunities suitable for both the literate and the illiterate. In other words, there should be an avenue where an illiterate can engage in self-improvement programs or activities to gain skills which can be used to earn a descent living. On the other hand, an educated individual who unfortunately, didn’t gain employment through certificate can actually be self employed. All that individual needs to do is properly utilize the knowledge gained in school and create a one-man business. This way, there would be no need engaging in criminal acts to survive and security may experience a reasonable percentage of liberty in the nation.

Furthermore, the government should take proper action by organizing seminars and programs to adequately enlighten the masses on how to create self-employment. They should make sure impartiality and tribalism is eradicated in the area of offering job employment to the educated unemployed citizens. They should also encourage the public to acquire vocational skills for back-up in case certificates fail to fulfill its original purpose. This will go a long way in the reduction of criminal and corrupt practices thereby promoting security.

Responsible parenting has to do with the willingness of parents, guardians or stewards to fulfill all responsibilities and duties towards their children in order to effectively and efficiently raise responsible citizens. It involves providing all the basic needs necessary for a child to grow with a healthy body, mindset and character. In regards to this, responsible parenting plays a very crucial role in fighting insecurity in the society and increasing national development for the country at large.

Frankly speaking, responsible parenting has experienced a very significant backslide in our nation today. Asides providing financial and material needs of a child, parents no longer spend time to provide the necessary moral needs of children. They fail to inculcate in them the moral standards and important values they are to exhibit as future leaders. This has caused the citizens and the nation at large, a lot of damages amongst which insecurity is not excluded. To minimize these damages, the family which is the basic and most important unit in a society, must play their role effectively.

Parents are advised to pay close attention to child upbringing as well as parental responsibilities. Youths should not in any way, engage in child bearing if they are not competent and mature enough to raise up a child in the right standards. This is very important as the incompetence of a parent leads to the incompetence of the other and when both parents fail, the fates of the children are most likely to become sad stories. In addition, children should be given the adequate comfort needed for their physical and mental growth. This shields them from the being influenced by criminal behaviors or peer pressure. Finally, parents should be careful with where and who they leave their children with as well as keeping them away from strange people and safe at home during odd hours.

Economic reconstruction refers to a process for creating a proactive vision of economic change. Economic reconstruction supports the creation of new institutions and the redesign of old ones. The stronger the economy, the more tax revenue can be generated in order to engage in the activities necessary for strong national security. A weaker economy means fewer resources are available to protect the national security interest, and the country may be at risk.

Governments can intervene to provide a basic security net – unemployment benefit, minimum income for those who are sick and disabled. This increases net economic welfare and enables individuals to escape the worst poverty. This government intervention can also prevent social unrest from extremes of inequality and protect the state economic system from internal and external threats.

Economic reconstruction promotes national development thereby causing a fall in unemployment rate which further loosens the grip of insecurity on the nation. Thus, the government should put more efforts in the reconstruction of the economy to reduce inflation and increase productivity. This will lend a helping hand in the promotion of economic security.

Public awareness is one effective way to create a sense of security consciousness in the minds of citizens. It involves giving the public a level of understanding on certain issues arising to enable them take caution and protect from harm as well as preventing it. The government and other Non-governmental organizations should try as much as possible to create public awareness in regards to the security state of the country. They should disseminate knowledge on security education to the public thereby urging them to take various responsibilities for the security welfare of the nation.

Public awareness can be achieved through various mediums such as newspaper articles, specific planned events, poster campaigns, websites, documentaries; e.t.c. Public awareness should also be communicable to the uneducated audience through mediums like radios and in different languages for easy comprehension. It can also be done in training programs as well as seminars and religious gatherings to make sure no one is left out.

Security public awareness creates a form of threat to already existing criminals thereby discouraging them from engaging in further criminal acts. It also helps the citizens to keep watchful eyes on their environment and report suspicious acts to authorities thus making it easier for security officials to apprehend criminals. This is a sure way to stop the wide spread of insecurity in the country.

Human security is concerned with safeguarding and expanding people’s vital freedoms. It requires both protecting people from critical and pervasive threats and empowering people to take charge of their own lives. Security is one of the most important and one of the exceptional top gifts provided by God. It should therefore be enjoyed by all irrespective of gender, race, position or background.

Security in the society is one of our human rights that must be prioritized as it is the ground for all types of success and progress. A nation full of fear and insecurity will not thrive peacefully and can in no way move forward. Therefore, we must all take up our various responsibilities as citizens to set the nation at full security liberty. Also, the government should in turn fulfill their duties as higher authorities having the nation and her citizens’ well-being in mind at all times and in all actions taken.